Everyone’s got an opinion. When it comes to your own songs, you hope everyone’s opinion is a good one. But if it isn’t, it can be discouraging.

I practically never ask people what they think of anything I’ve ever written. That’s certainly not to say that I don’t ask for help or advice. When I was a student of composition at university, I had my weekly private tutorials with composition professors, and their guidance was a crucial part of my development as a writer.

Ever wonder how to make the chords-first songwriting process work well for you? If all you seem to come up with is a bunch of chords but little else, you need to read “Writing a Song From a Chord Progression” Get it separately, or as part of “The Essential Secrets of Songwriting” 10-eBook Bundle.

Read More About the Bundle
VIEW the TABLE OF CONTENTS

But getting guidance is not the same thing as soliciting an opinion. The reason I don’t often ask for an opinion is that I assume that some will like the music I write, while others won’t. So soliciting opinions doesn’t actually tell me much. It’s quite possible to write music that works well, but just doesn’t get much attention or please an audience. That’s music for you.

I think the best thing you can do as a composer is to write what’s in your heart and mind, and accept the fact that some will like it and others won’t. You’ll hope that the number of people who like it outnumber the ones who don’t. You’re only human, after all.

Following your heart as a songwriter takes courage. And it also means several other things: 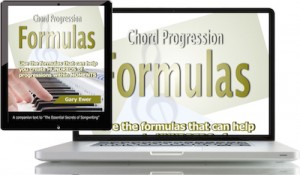 “Chord Progression Formulas” shows you a system for creating your own progressions in seconds using some basic formulas, in both major or minor keys. It’s available at the Online Store. 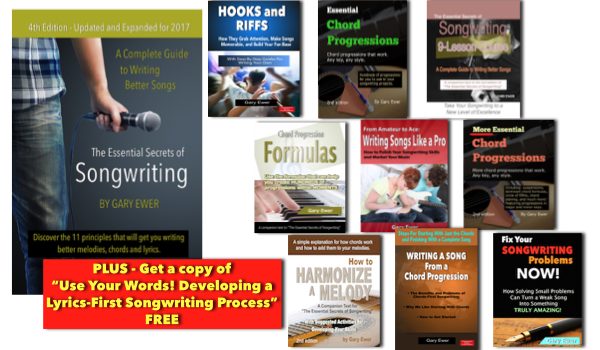