Written by Gary Ewer, author of “The Essential Secrets of Songwriting” 6-ebook Bundle. 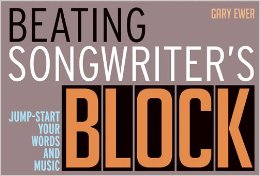 In my book “Beating Songwriter’s Block: Jump-Start Your Words and Music,” I make the case for writing music even when you don’t feel like it. I outline the scientific evidence for this as a good strategy for keeping the creative juices flowing. In short, the evidence shows that it doesn’t usually help to sit “waiting for inspiration.”

Having said that, there is a case to be made for taking a break before you sit down to do a songwriting session:

Dr Sandi Mann and Rebekah Cadman from the University of Central Lancashire, in England, recently conducted experiments that suggest that being bored can stimulate our creativity: boredom gives us time to daydream. In their experiment, they asked 40 participants to come up with creative uses for a pair of polystyrene (Styrofoam) cups. Another 40 individuals were asked to first undertake a boring task for 15 minutes: copying out numbers from a phone book. At the end of that chore, they then switched to the task of creating imaginative uses for the Styrofoam cups. The experiment showed that those individuals who preceded the task with something boring were able to generate more creative ideas. In the researchers’ estimation, boredom had allowed the second group to daydream. While we usually think of daydreaming as being a shallow, unimportant activity, the research shows that the creative mind can be stimulated by it.

When you think about it, it makes sense: if you’re trying to compose music having just had a busy day at work, or doing some other thing that demands your full attention, it’s unlikely that you’ll successfully tap into the creative part of your brain with ease. But being bored allows people to daydream, and daydreaming is you accessing your imagination.

Mann & Cadman’s research doesn’t go so far as to suggest that the more bored you are, the more likely it is you’ll write a hit song. But it does offer validity to the notion that we’re at our best, creatively, when we allow our brains to slow down and disconnect a bit from our otherwise busy day.

If you want to make the most of your songwriting session today, start by taking a 15-minute break.

“The Essential Secrets of Songwriting” 6-eBook Bundle looks at songwriting from every angle, and has been used by thousands of songwriters. How to use chords, write melodies, and craft winning lyrics. (And you’ll receive a FREE copy of “From Amateur to Ace: Writing Songs Like a Pro.“)