A never-ending feeling of musical inadequacy should not be confused with perfectionism.

Thousands of songwriters are now using “The Essential Secrets of Songwriting” eBook Bundle to improve their technique. It comes with a free eBook, “Creative Chord Progressions“. Read more.. 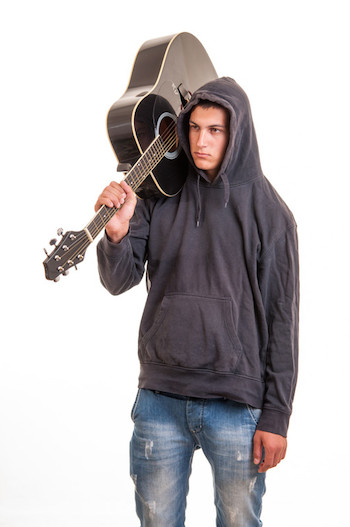 There is a common notion that a perfectionist is someone who is not satisfied until it’s “right”. Did you ever notice, however, that the term perfectionist is often used as much with a negative connotation as it is with a positive one? That’s usually because we often associate perfectionism with people who search for perfection in vain, and not necessarily with the eventual achievement of it.

As a teacher, both at secondary school and university level, I’ve frequently come across students who are considered to be perfectionists. And I usually pity them, at least to a certain extent. Those who are labeled as perfectionists are often people who are displeased with everything they do. Even when their music, or musical performance, is reaching astoundingly wonderful levels, they still seem dissatisfied with their achievement. They are looking for perfection.

I’ve started to realize that most of the people we call perfectionists are simply people who have been taught, probably from their earliest years, to believe that everything they do is somehow lacking, no matter how good it is. Despite that negative spin, perfectionism spurs them on to great achievements, and that’s good, but many never feel that sense of satisfaction that should come from a job well done, and that’s bad.

And because they find it hard to leave a task when they think it’s not been completed to perfection, their output is small.

If you find that you are constantly rewriting the same song, forever working and reworking sections to get them right, rarely feeling satisfied, you might be a perfectionist, but in fact it’s more likely that you suffer from a general lack of self-esteem.

So maybe we need a different term for people who are rarely satisfied with what they do. The thing is, it’s hard for anyone to recognize when a new song is done. A light doesn’t turn on when you finally finish it. It’s possible to take any song and rework it forever. So it can be tricky to figure out when it’s time to move on.

Here are some thoughts on the inability to move on to your next song:

It’s not possible to say how many songs a songwriter should write every week or month. It’s very much dependent on who you are, and how you think. But no matter what you consider to be “normal” with regard to songwriting output, more songwriters suffer from an inability to move on than from writing too much.

“The Essential Secrets of Songwriting” eBook Bundle looks at songwriting from every angle, and has been used by thousands of songwriters. How to use chords, write melodies, and craft winning lyrics.