“Natural” energy is more important than energy that’s created at the production stage. Here’s how to create it. 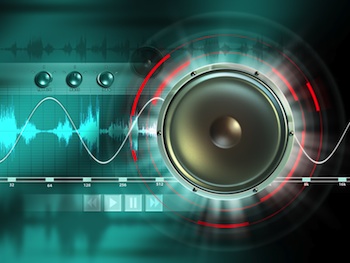 Predictability is not a good word in the songwriting world, but there are certain things you don’t mind being at least somewhat expected. For example, the basic instrumentation of a song, the rhythms that are used, and the overall sound have more to do with your chosen genre than anything else. So those things we expect to be at least partly predictable. The fact that you’re using guitar, bass and drums won’t sound boring to people. It’s what you do with them that counts.

In my ebook, “The Essential Secrets of Songwriting”, I talk about 11 different principles of musical composition as they apply to songwriting. In a sense, those are all predictable elements, because we think of them as principles, and they occur in most songs.

For example, the fact that energy should build as a song progresses is a predictable aspect of most pop songs, and we want that to be the case.

Having said that, you usually don’t want energy to build in a straight line. That would be too predictable, and it would not feel natural. So while generating energy is a good thing, it’s something that you want to have happen in a slightly unpredictable sort of way. Energy should build from the start of a verse to the end of a chorus, with a noticeable bump-up at the start of the chorus.

Many of the things that build energy in a song happen at the production stage. Creating energy by playing louder, playing higher, adding background vocals, and adjusting key and tempo — these are all ways that energy can be infused into the finished product.

But some of the most musically satisfying ways of generating energy happen at the songwriting stage. Such ways will produce a natural energy shape. Here are 3 important ways to do that:

You’ll notice that much of what builds energy happens in the chorus, and so doing those things ensures that your song gets a nice, natural energy shape, one that ebbs and flows while still basically building throughout the song as it progresses.

PURCHASE and DOWNLOAD the e-books (PDF format) and you’ll learn much, much more about how to write great melodies, chord progressions, and every other aspect of songwriting.